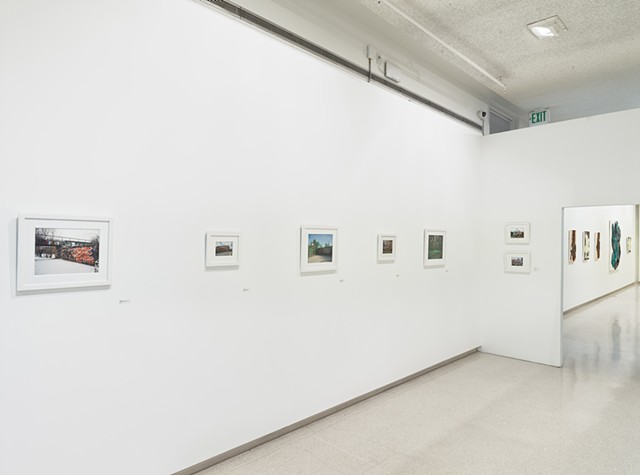 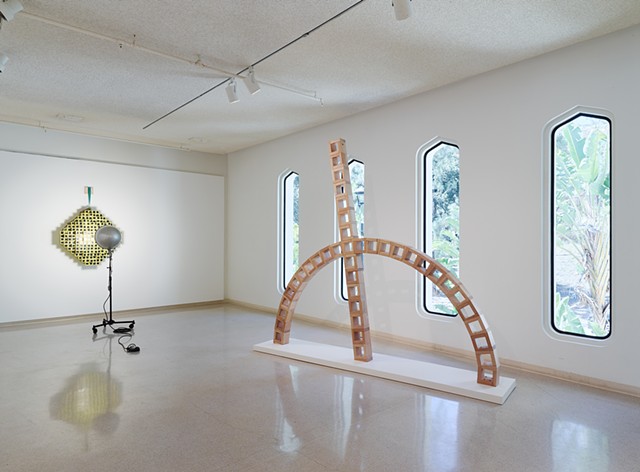 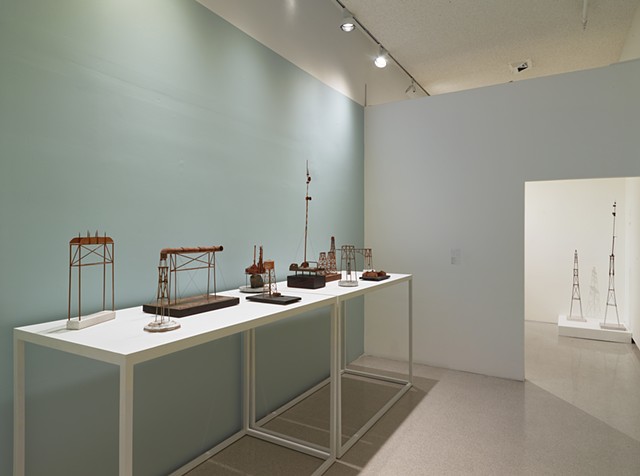 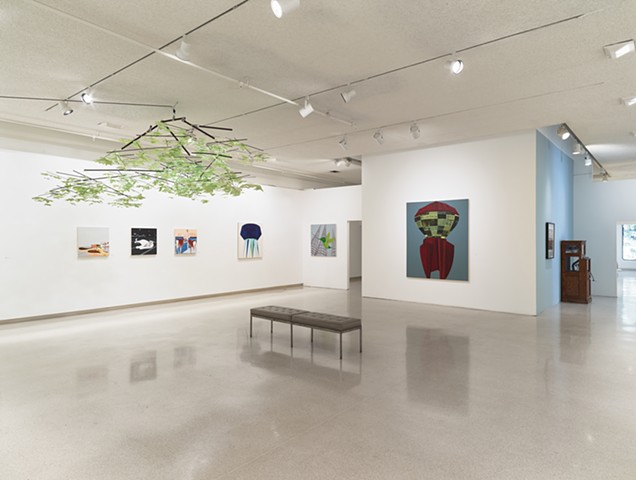 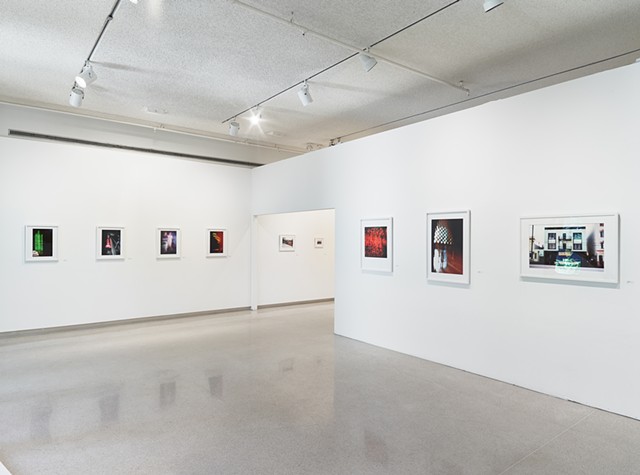 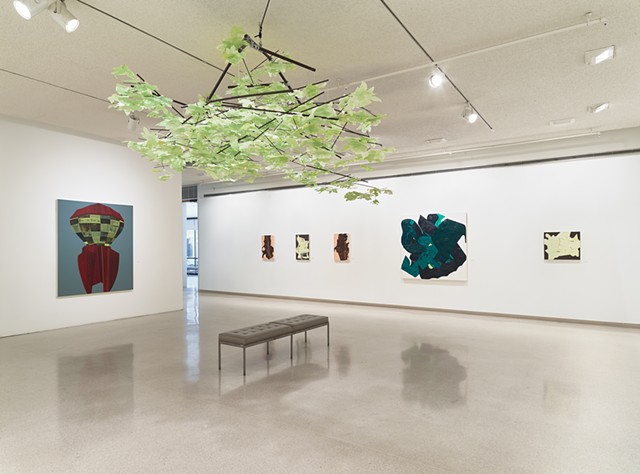 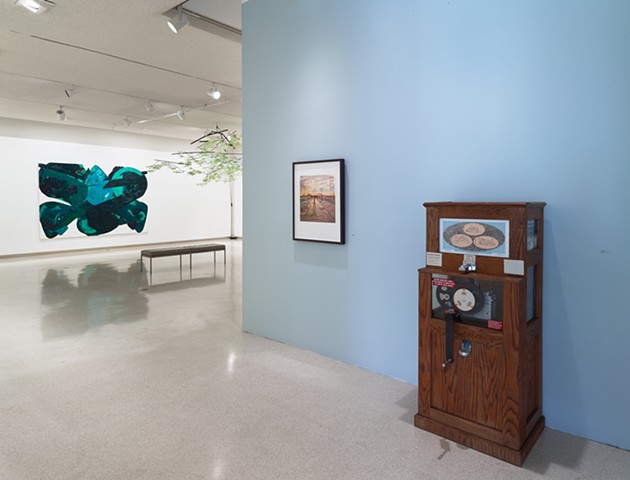 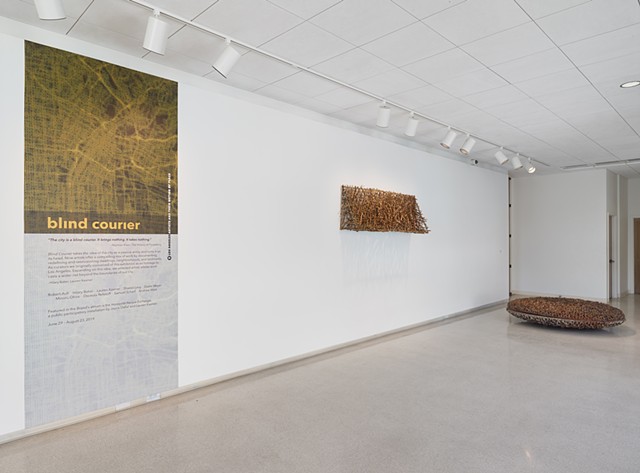 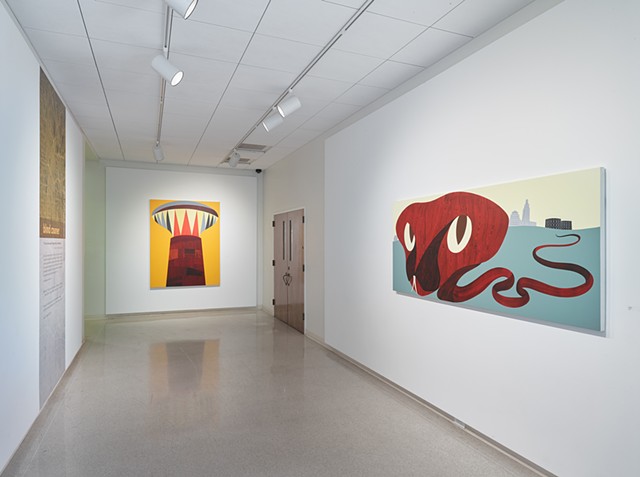 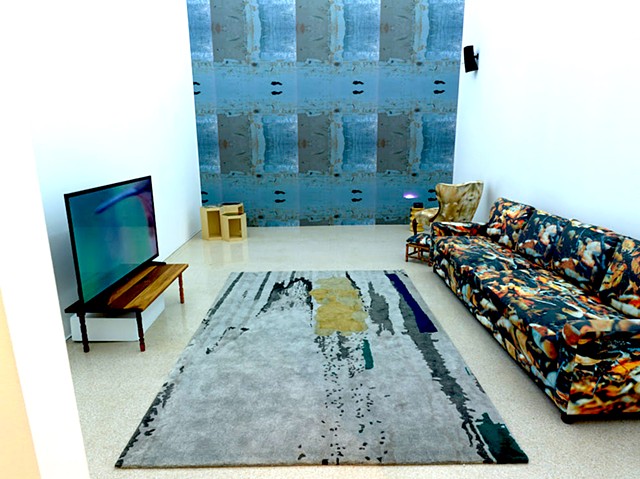 “The city is a blind courier. It brings nothing. It takes nothing.” – Norman Klein Blind Courier takes the idea of the city as a passive entity and turns it on its head. Nine Los Angeles area artists offer a compelling mix of work that reveals their relationship to a place. By documenting, redefining and re-envisioning dwellings, neighborhoods and landmarks the artists have shaped their own surroundings. Blind Courier is the map that invites the viewer to meander through their individual environments.   Robert Aull’s delicate constructions are an alternate way of describing a city, seen as ruins, or as a meditation on the elegance of its framework and substructure. Hilary Baker portrays Los Angeles in both her Water Towers and Predators paintings juxtaposing the city’s wildlife against their threatened urban habitats. Lauren Kasmer creates a domestic environment with video and mixed media installation sourced from the remains of her fire-ravished home. Sharon Levy's sculpture addresses the convergence of nature and humankind within a sheltered environment. Diane Meyer documents loss and destruction with her embroidered photographs of the Berlin Wall and her customized penny souvenir machine from her Flattened Los Angeles series.  Minoru Ohira’s sculptures, made of wood, recycled and reclaimed materials, evoke the architectural influence of three cultures – Japan, Mexico and the United States. Osceola Refetoff’s pinhole photographs of Los Angeles offer views of the city from a wanderer’s perspective. Sam Scharf explores the concept of land ownership in an urban environment referencing architecture and the enduring significance of monuments. Andrew West uses the architectural history of city centers, from Amsterdam to Los Angeles, as compositional starting points for his improvisational abstract paintings.   Curators Hilary Baker and Lauren Kasmer originally conceived of this exhibition as homage to Los Angeles. Expanding on this idea, they selected artists whose work casts a wider net beyond the boundaries of the city. They invite viewers to treat Blind Courier as a map and meander through the individual neighborhoods each artist has created.